The last 12 days have been a blur of joy and frenzy. This is what happens when His Holiness, the 17th Gyalwang Karmapa, Ogyen Trinley Dorje, visits Vancouver. 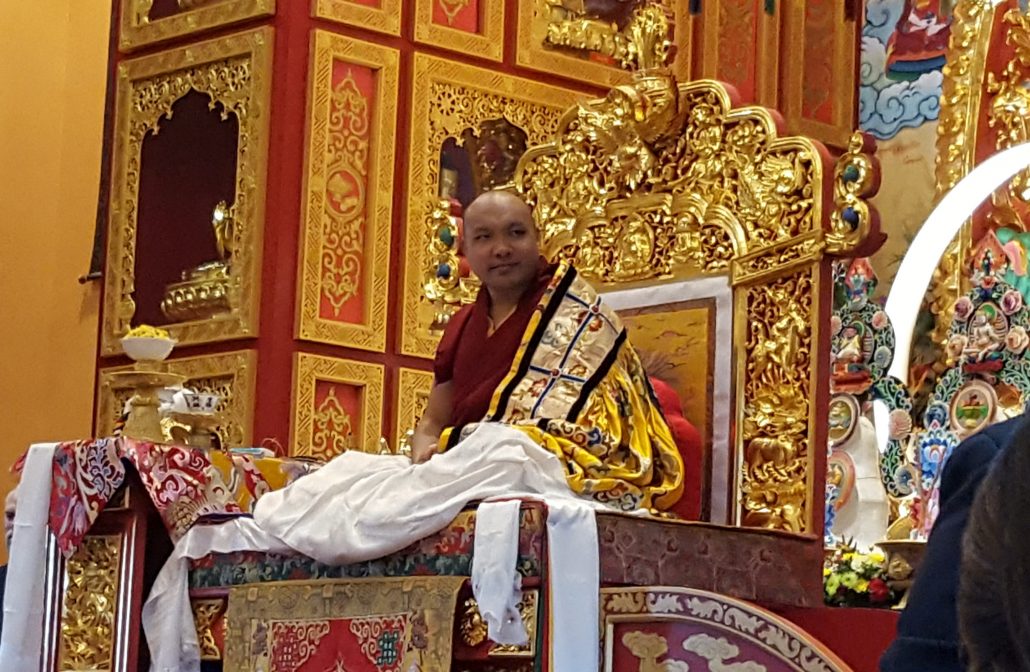 Just this morning I was at Thrangu Monastery and there was a line of people waiting to receive a blessing from His Holiness. The look of blissful anticipation and some nervousness was overflowing in each of their faces.

None of us can really conceive his reach, his impact or his power. But as one person so perfectly said to me, “He is a king.” And I agree, there is no better way to describe His Holiness.

The media has done a good job on who the Karmapa is and his future role in the Tibetan Buddhist world. I especially like the CBC interview. (Link to interview) It covers so many aspects of who this man is and what he means to my religion.

In short, The 17th Karmapa will most likely be the person taking over when the 14th Dalai Lama leaves us.

Karmapa is the leader of the Karma Kagyu branch of Tibetan Buddhism. This is the lineage I follow and His Holiness has a special place in my heart.

During this visit I have seen him seven times.

I hope you can imagine the shock of waiting for his arrival at the Chan Centre on Thursday night and seeing my image appear on the large screen as they ran a video of the Official Welcoming Ceremony at Thrangu Monastery.

The pageantry was over the top and so appropriate for the arrival in Vancouver. 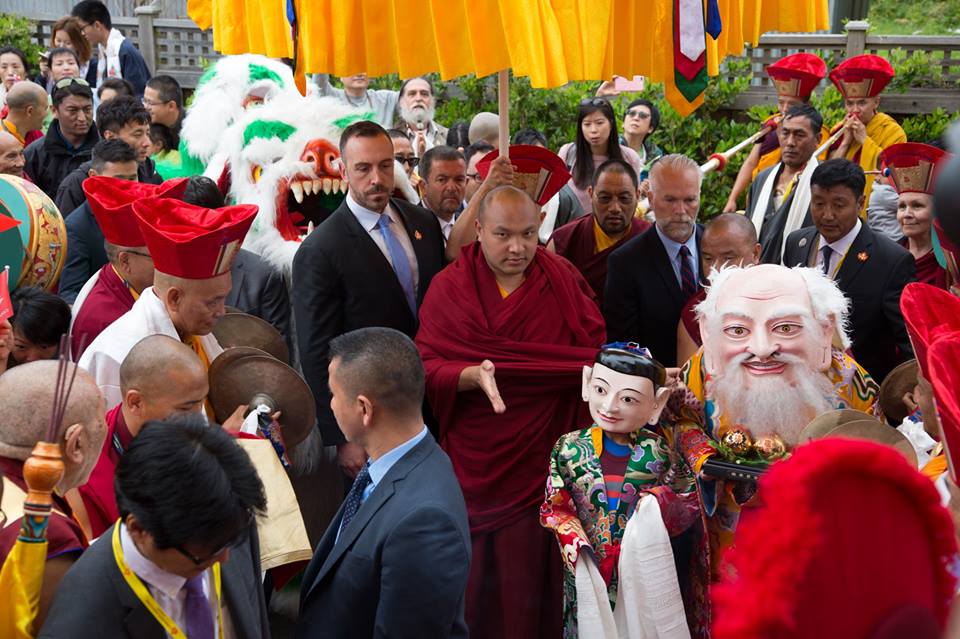 It was at the teaching at Palpung Phende Kunkyab temple that the opportunity arose to speak with His Holiness in private. It was only for a few moments but he answered a looming question and gave me hope for the future. I had been wrestling with a health issue for five months and never thought I would be able to seek such advice and compassion. It was beyond any sane expectation.

A dear sweet man made the moment happen. The next day I caught up with him and thanked him for the kindness in pushing the meeting forward. He was the reason I got my blessing. 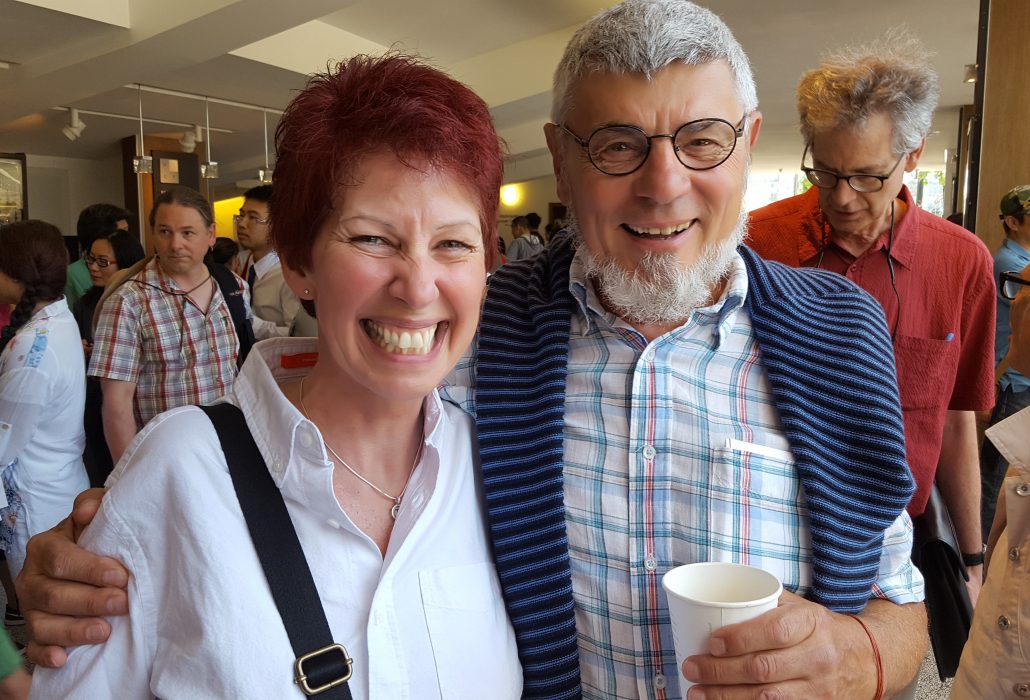 Bob made it happen

I also got the chance to reconnect with Khempo Choephel. He was translating for His Holiness and went above and beyond to make my blessing with Karmapa complete. 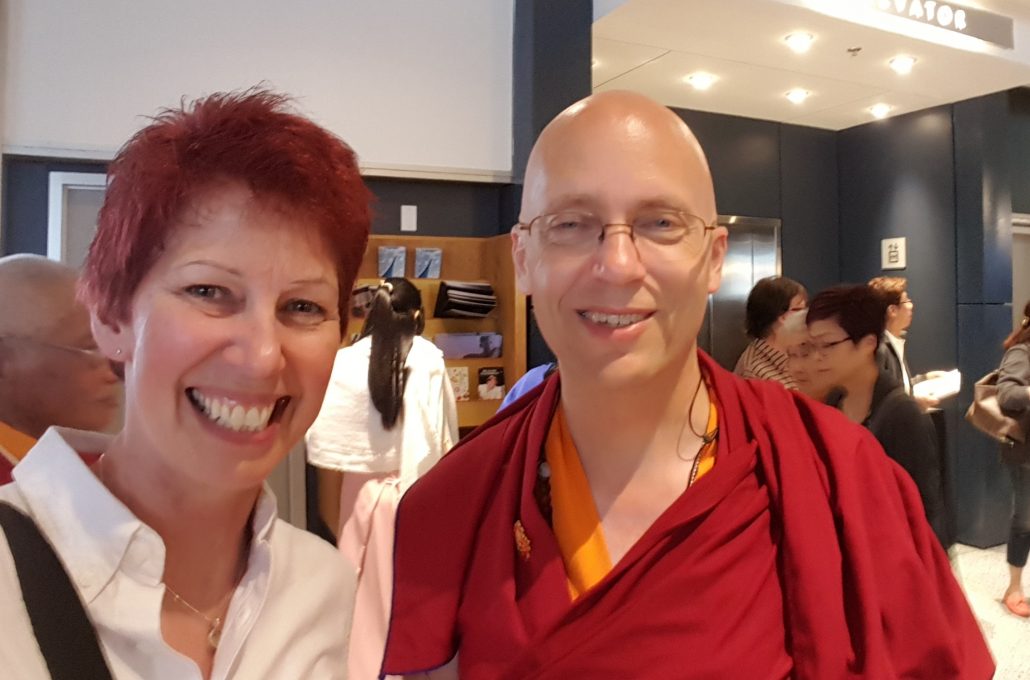 Yes, seven times I saw His Holiness and still it’s not enough. Part of me wanted to see him just one more time.  I’m guessing that feeling will never go away.

I wish someone had taken a picture as I spoke with him even though the moment could never be captured as well as it has been imprinted on my heart. I only have to look inside myself to be reminded of Karmapa’s prediction and blessing.

I believe His Holiness would agree. 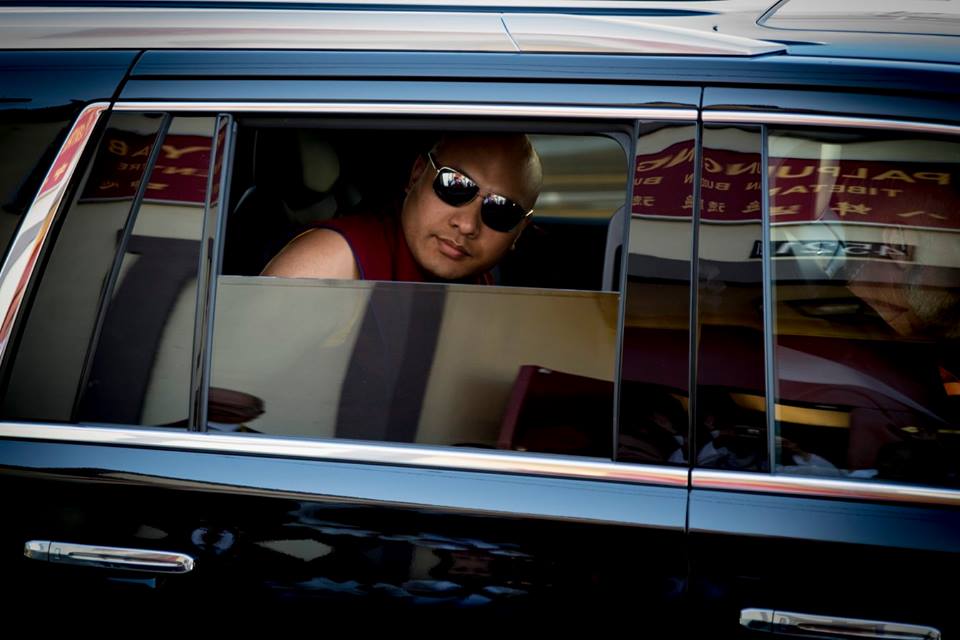 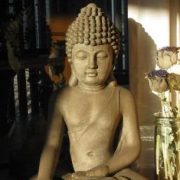 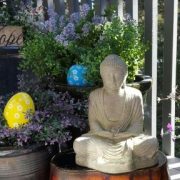 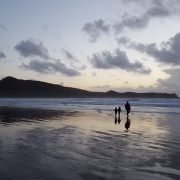 That pissed you off?
0 replies

Happy Birthday to Me
Scroll to top