I have to give a speech tonight.

Well not really a speech, just some opening remarks at an event at the SFU Centre for Scottish Studies.

The nerves are setting in. Public speaking is tough.

The task seems even more daunting because this past Sunday I heard a truly masterful speech by Terry Fallis. When you’ve heard the best you can appreciate your shortcomings.

Terry gave the closing keynote speech at the Surrey International Writers’ Conference. It’s the 5th year I’ve attended and this one set a new high.

During the conference I had the opportunity to chat with Terry a few times. The conference is famous for giving attendees complete access to all the presenters, writers, agents and publishers. Sharing a meal with Anne Perry or a whisky with Jack Whyte is commonplace.

Terry was kind and approachable. We found out he’s a huge Blue Jays fan who takes a loss very well indeed. Terry is funny but I guess you’d know that if you’ve read any of his books. He is very funny. 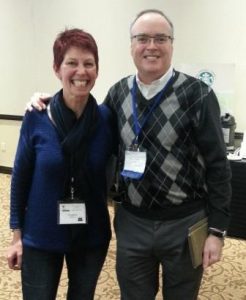 But I had no idea his power until he stepped up to the podium on Sunday.

He told us the story of how his first book, “The Best Laid Plans” got published and won the Stephen Leacock Award For Humour. 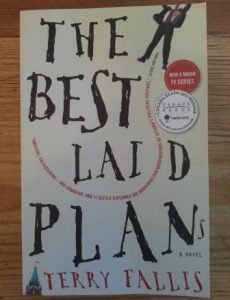 Our laughter would die down and Terry would move to the next part of the story and have the crowd in gales again. It was exhausting. And hilarious.

Then he hit us.

Terry asked us to grab our lanyards and remove the name card. No, he didn’t ask… Terry told us what to do. He yelled. There was no option but to follow his instructions.

Then his tone softened and he said to add “writer” underneath our name. Because that’s what we were… writers.

I grabbed my pen and added the word. I couldn’t look up because I was crying. The room went silent as everyone claimed their identity. 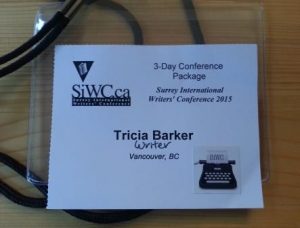 Terry made us believe.

Then Justin said… It is your right.
Scroll to top