Two events shaped my past week. Even though they seem to be related I couldn’t find a theme to join them up in 500 words. So I gave up and decided to examine the refugee issue.

How could I not? The daily news or most recent Facebook posts can make you feel like the world is falling apart and there’s not much we can do to help. I mean seriously, does “liking” a post on social media really mean anything? The headlines come and go so quickly. Today’s massacre morphs into tomorrow’s natural disaster without even a story arc.

The Kathmandu earthquake chatter has come and gone. It has fallen out of the public eye. It’s no longer the topic discussed on talk radio or hashtagged on Twitter. Now it’s about the refugees fleeing Syria.

We are like dogs chasing squirrels. I try to be a little more pragmatic. 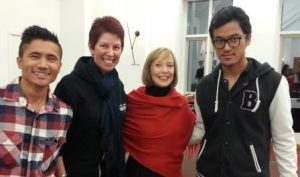 Last week I met with Dungse Lama Pema for some advice on ways to help people dealing with death. He is the head resident lama and representative of the Very Venerable Thrangu Rinpoche at the Thrangu Monastery. My day job often has me dealing with people’s ultimate loss. We talked about prayers and wishes and the best ways to help. As I looked at his face I was reminded that nothing can be as comforting as being close to a person that really cares. Human touch can speak louder than any social media post. 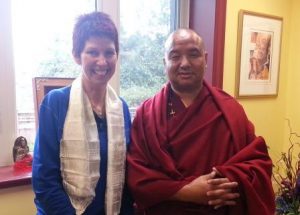 Fast forward to Sunday night. Shirley Blair, the director and driving force at the Shree Mangal Dvip school in Nepal, was in Vancouver to update us on the aftershocks of the earthquake in Kathmandu. The school is a project founded by Thrangu Rinpoche. The disaster continues to cause havoc for the children and teachers. The trouble is ongoing and people are still going to die. Shirley doesn’t sugarcoat the facts. 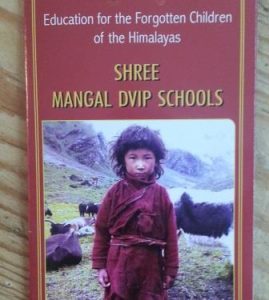 But she also gives us hope. Maybe the hint is in her voice? That’s where you can detect the resolve, love, heartbreak and joy of what she does. She talks about the “kids” and tells little stories about how they are handling the new norm. She makes us laugh. She makes us cry. Shirley is a force and if anyone can take on a natural disaster, I would bet on her.

I’m fortunate to play a minor part in helping a friend that continues to raise a huge amount of money for the school. Listening to Shirley only makes me want to do more.

So where does this all connect to the refugees?

Decades ago, Thrangu Rinpoche fled Tibet and found a safe haven in Nepal. He promised to spend his life helping the people that helped him. He’s kept his word and from that thousands of lives have been changed.

So in September 2015, right here in Vancouver, I am being inspired and benefited all because a refugee was given a chance.

That is headline worthy.