Monday was a reminder that days can be bombarded with too many emotions.

Ian Rankin was giving a talk in Vancouver and there was never any doubt I would be there.

It was September 19th, 2006 when I first met Ian on a hilltop in Edinburgh. 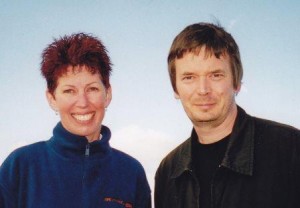 Oddly enough he looks about the same even though I seem to have aged. 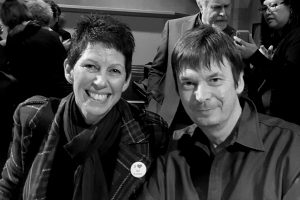 But that wasn’t the most important thing that happened on Monday.

And it wasn’t the news from Paris… or Beirut or any of the other stories filling our news feeds and screens.

What I will remember the most about Monday, November 16th, 2015, was standing at the side of a gravesite watching my friend’s face as he said goodbye to his son.

And I will remember hugging my friend as the service ended. We cried and as much as I wanted to say something to bring comfort I knew there would never be any solace.

Later that night Ian Rankin was asked what he thought was his best book, he said, “Black and Blue.” His reason was that a family tragedy involving his son led him to write cathartically. The act of putting the darkness he felt inside on those pages led to his most successful novel.

Some say hindsight is a glorious thing.

But it is sometimes too hard to wait for the good to happen.

A great many things happened on Monday, November 16th….

And nothing will ever be the same again.