“I wish Winifred was here listening to this.”

It was the only time during the evening I thought I might cry.

My oldest client will turn 96 next week.  A truly lovely man and an iconic Vancouverite.  Winifred was his beloved wife.  I am his personal trainer.  We met in the elevator in his building. He hired me on the spot. He wanted to keep physically fit. We laughed at our first meeting and have laughed during every workout session since.

During the past year things have become more difficult for Charles.  The aging process is horrendous and cruel. Even music has slipped from his life.  He has not played his ukulele and sang to me for months.

There is a pallor of sadness and resignation filling his room.

“I have a friend staying with me, he’s just moved here from the UK, he’s a musician and actor. I’ll bring him over to sing with you.”

So last week I got to sit with Charles as Andrew pulled out his guitar and started to play.  With the first notes Andrew sang I witnessed Charles’ face light up. And I swear I watched the colour return to the room.

At the end of that first song Charles applauded the performance and proclaimed, “He’s marvelous!”

Andrew coxed Charles to join him and before I could have predicted there were both strumming along together. Sheet music appeared and the concert began.  The joy oozed from Charles even though his voice was weak. Andrew was the perfect catalyst to make the songs singable.  They sang together for the next hour.

When Charles said, “I wish Winifred was here”, I knew Andrew had made magic happen.

It’s rare to get the chance to bring someone true happiness.

And I got to witness it all. 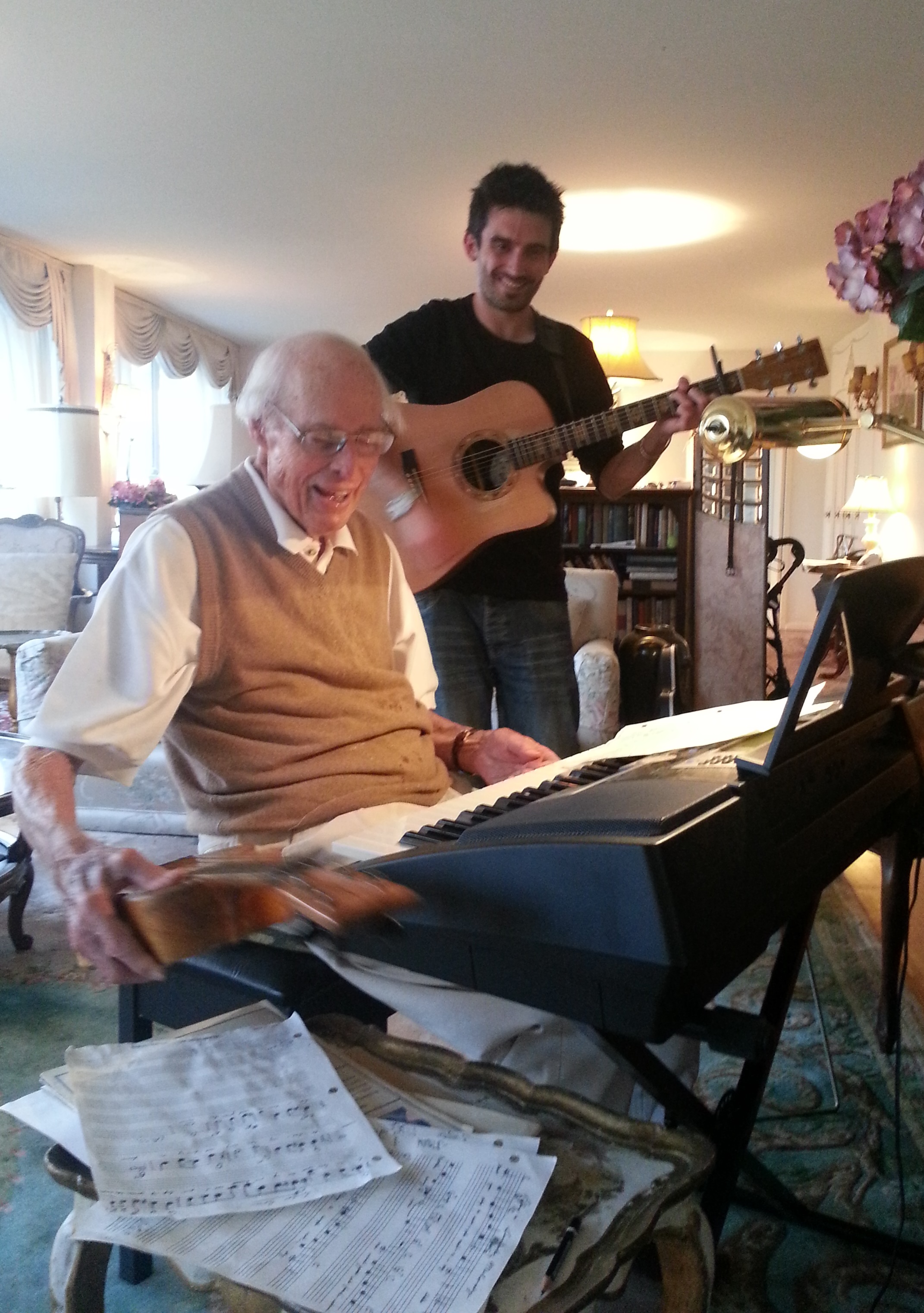