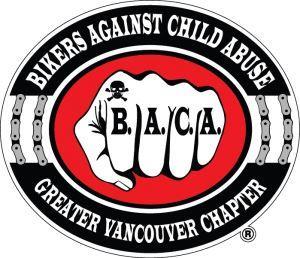 This morning I woke up without an idea for today’s blog. After a couple of minutes looking at my Twitter feed the topic became obvious. My friends were back!

Trump and fires and where the rich are hiding their money can only divert our attention for a few news cycles.

Woody is back! Ghomeshi was taking up space near him! Even Facebook stepped up and asked if I wanted to be “friends” with the man that abused me. The day’s direction was clear.

I’ll write about a gang of bikers.

It’s shocking I’d never heard about these people before: The BACA, “Bikers Against Child Abusers.”

Why should I care?

When I was still a teenager, my boss at the recording studio explained how he would kill my step-father for what he did to me. We laughed. His plan was hilarious. But more important, he was the first person that stepped up to defend me. He was going to make sure I was never hurt again. What a concept. What a gift.

These bikers from BACA do the same.

Once I heard about them I started reading the stories and watching their videos. I was happy to hear each and every one has to go through an extensive police check. They are vetted.

Then they defend the kids. They stand behind them, beside them and even in front of them. Day or night. Whatever it takes.

They look like a mean bunch but give themselves names like Scooter and Pooh Bear to be more kid-friendly.

I can’t even imagine what it would have been like to have them near me when I finally spoke up.

There is a chapter in Vancouver and it gave me great joy to read their mission statement,

Bikers Against Child Abuse (B.A.C.A.) exists with the intent to create a safer environment for abused children. We exist as a body of Bikers to empower children to not feel afraid of the world in which they live. We stand ready to lend support to our wounded friends….

They say more but I love that they end with:

We stand at the ready to shield these children from further abuse. We do not condone the use of violence or physical force in any manner, however, if circumstances arise such that we are the only obstacle preventing a child from further abuse, we stand ready to be that obstacle.

“They stand ready to be that obstacle.”  They would have protected me.

I only have two pictures of that time in my life.

This one is dark and I might be smiling. All I remember is my nights were filled with horror. 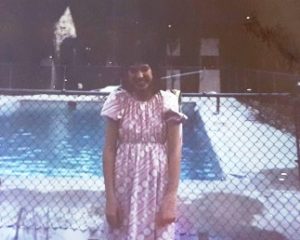 I needed a Biker Gang to come and save me. 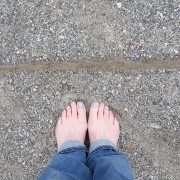 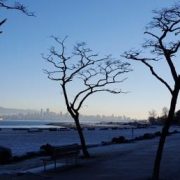 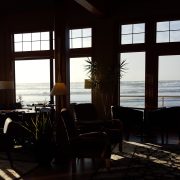 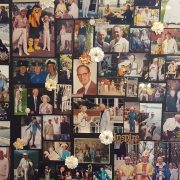 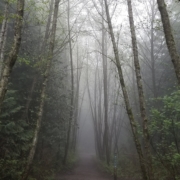